“How do you eat an elephant? One bite at a time.”

Anna is a 52-year-old National Disability Insurance Scheme (NDIS) participant who has spina bifida. In October of 2021, Anna received her plan and was not happy. Anna missed out on several key supports she felt NDIS requirements of reasonable, necessary, were value for money, and were evidence-based supports. Anna wasn’t asking for the world and reports from health professionals stated these were needed supports. The National Disability Insurance Agency (NDIA) did not agree. Anna asked for an internal review hoping the matter would be resolved. Unfortunately, like many, she was told that the cuts would remain.

Anna was frustrated and upset to say the least. She felt the agency ignored her and didn’t look at her as an individual. Anna started exploring options and like so many, decided to challenge the decision further by submitting an appeal at the Administrative Appeals Tribunal (AAT).

The AAT is an independent organization which assists in reviewing a wide range of government decisions like those of the NDIA. It facilitates discussion and resolution and is designed to be a ‘court for the people’ where legal representation isn’t necessary. However, at the AAT, the NDIA will always have legal representation, a scary and intimidating situation. Anna, like many others, was worried and felt that she would need legal representation or an advocate by her side.

Anna started calling. And calling. And calling. No one could help directly with the tribunal. Every advocacy agency was at capacity. With an over 400% increase in NDIS matters heading to the AAT, it is getting harder for people to obtain support they seek from advocacy services. Anna, disappointed and a little hesitant, had no choice but to become an advocate for herself. Anna contacted Leadership Plus seeking support and she began arming herself with a powerful ally – information. Anna sought to get advice, learn, and understand her rights, the AAT, and the NDIS.

Initially, Anna felt like an elephant was put on her plate and she was told to eat it. So much to know and it’s difficult to know where to begin. Anna overcame feelings of being overwhelmed and lack of experience in the process, and has sound advice.

Anna broke things down into manageable tasks. Reading a report and taking notes, reflecting on her disability and support needs, looking into what happens at the AAT, understanding what the NDIS will and won’t fund. Bit by bit, bite by bite, Anna made progress, and in eating that elephant, a powerful realization came to her.

“No one knows my situation, my disability better than me. My voice is valid and deserves to be heard. I have a right to be here and express my needs.”

Feeling a sense of empowerment, the process became a bit more manageable. Sometimes the best advocate is the person at the center. They have more knowledge of the situation and factors involved than anybody else. Reinforcing the right to be heard is a powerful reframing of the AAT process. The AAT became an opportunity for Anna’s voice to be heard.

However, the conference process is intimidating for many. To overcome this, Anna recommends preparing intensely. Knowing your reports, knowing your rights, understanding what the NDIA may highlight to you. Knowing this gave Anna a sense of competency. Coupled with her reinforced right to be there and be heard, Anna replaced fear and anxiety with assertiveness and drive. While at the AAT this shined through.

Anna admits she was quite passionate, and feisty at the conference but the AAT member helped facilitate the discussion and keep the matter on track. The process wasn’t argumentative or combative. The member assisted throughout and understood that there is an imbalance in legal expertise between Anna and the NDIA. There were opportunities for questions and things to be clarified. There were no “gotchas” or “legal shenanigans”. It felt fairer than she initially anticipated.

At the conference, Anna was asked for additional reports but felt her existing reports already answered what was being asked. Moreover, if more reports were going to be needed it would be coming out of her funding! Anna stood her ground and put responsibility back to the NDIA, as the tribunal is, after all, a two-way street and there is a responsibility for the NDIA to justify their decisions. A compromise for the reports was met which both parties felt was fair.

“There is no need to be intimidated, you have a right to be there and challenge them as much as they are challenging you.
You don’t put baby in the corner. Baby turns into a bear.”

Anna felt the NDIA’s claims were based on assumptions and not the evidence presented or the context of Anna’s life. It seemed to her that maybe they thought she wasn’t going to fight, maybe that they were hoping that she would just roll over. Anna knew her rights and was prepared to fight. She encourages everyone to fight.

“I know my disability; I know my needs and have reports backing me up. I felt like they didn’t look at me as a person. I made them look”

The tenacious Anna ended up getting every last one of her requested supports. This isn’t always the case, but if you are ready to fight and inform yourself best as possible, you stand a good chance to better your plan. While the process had its hurdles, Anna developed confidence in herself and realized it wasn’t as hard or as scary as she initially thought. Anna was more capable than she realized.

“ Be prepared. Read your reports, seek advice, self-reflect, and understand your rights. Don’t be afraid. There is no need to be intimidated. We are entitled to go through this process. Your voice is valid and deserves to be heard. Put your assertive hat on, eat that elephant one bite at a time – and maybe just maybe watch a couple of law shows while you’re at it as well.” 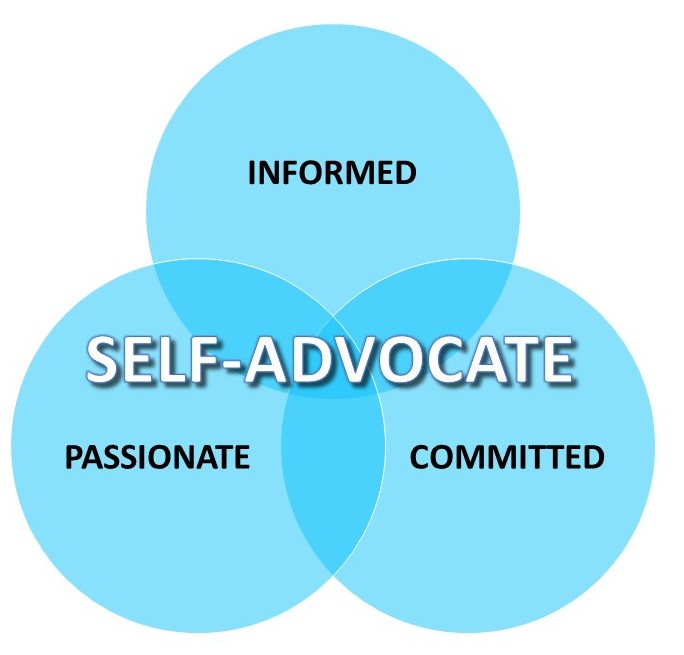