The Victorian Government passes Guardianship and Administration Act 2019, giving force to the UN Convention on Rights of People with Disability

Last week the Victorian government passed the Guardianship and Administration Act 2019, bringing into effect a radical change in the way guardianship operates. For some years Australian guardianship laws have been out of step with the United Nations Convention on the Rights of People with Disability (sp) (UNCRPD).

The convention states that countries signed up to the Convention will implement safeguards which:
”..ensure that measures relating to the exercise of legal capacity respect the rights, will and preferences of the person”.

The convention embodies a presumption of capacity to make decisions. Victorian law, and that of many other states, has previously taken the approach of substituting the guardian as the decision maker, with the direction to make decisions in the best interests of the person subject to guardianship.  This approach fails to respect the human rights of the individual and guardianship generally runs the risk of overriding people’s choice to make decisions which others may think are innapropriate, such as the recent example of a Tasmanian man denied the right to choose where he lived because of a hospital guardianship application, recently challenged and overturned.

The Victorian Office of the Public Advocate, while subject to the existing law, has been adjusting its practice to reflect the UNCRPD philosophy wherever possible and will now be subject to the new law. This has implications for anyone who is subject to guardianship, particularly where there has been conflict between what the individual wants and a decision a guardian makes.

This is a significant improvement in the legislative framework for guardianship.

Not all decisions require a guardian. Leadership Plus provides decision support for people with limited decision making capacity and limited supports who need to gain access and a supports plan from the National Disability Insurance Scheme. The NDIS, , with “choice and control” as its foundation principle, has the consequence that people with disability have more decisions to make – decisions about engaging with the NDIS, and decisions around what service providers to use when using their NDIS plans.

Full text of the Guardianship and Administration Act 2019 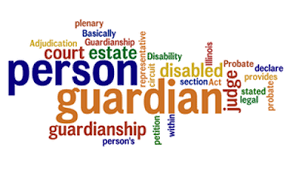