At 55, Sean is the youngest person in the aged care home where he has had to live since he had a stroke 5 years ago leaving him with right side paralysis. After a year in a rehabilitation facility and with no family, he couldn’t return home to live with his dog Jesse, and the aged care facility was the only place that could accommodate him.

The aged care facility hasn’t been good for Sean. Without physiotherapy or speech therapy his health and wellbeing have deteriorated, he’s become overweight and he’s developed pressure wounds that sometimes become infected and he’s had to be hospitalised for treatment. The staff also claim he’s incontinent, although Sean says it’s just that they don’t have enough staff to respond when he needs them.

The National Disability Insurance Scheme came to Sean’s area, and he met with a planner to set out his goals and build a plan. His plan included a new wheelchair, replacing the old inappropriate one, several sizes too small, with no footplate or armrest. He also benefited from some physiotherapy and speech therapy. He really wanted to move out of aged care and live in supported accommodation with people his own age and where he might be able to live with a pet dog again. His support coordinator found accommodation in the community and sought funding for Specialist Disability Accommodation (SDA) and Supported Independent Living (SIL). SIL would fund Sean’s support workers to assist him with transfers and personal care as well as accessing the community, and most disability housing providers require SDA funding in a resident’s NDIS plan. When the housing provider submitted the SIL quote to the NDIS, it was too far above a cost benchmark, the NDIS rejected the quote and Sean lost that opportunity to move out of the aged care facility.

The support coordinator came to us seeking advocacy when the NDIS planner advised the support coordinator that to reduce the SIL costs and to reapply for SDA funding, Sean’s health issues (his weight and the ongoing pressure wounds) needed to be resolved. The planner said that Sean needed to “explore all other options” for accommodation and that he needed yet more assessments to determine whether he was even eligible for SDA.

The advocate met with the managers at the aged care facility to try to better meet Sean’s needs, recommending that Sean receive a number of assessments, including a wound care specialist, a neuropsychologist and an incontinence specialist.

To address his NDIS plan, the advocate submitted a formal request for a review of Sean’s plan (a Review of a Reviewable Decision under Section 100 of the NDIS Act). Nearly every aspect of Sean’s plan needed attention. His original goals had been changed without his consent over three successive version, his desire to live with people his own age and with a pet dog had disappeared from his most recent plan. Goals are a part of the planning process so that funding can be included in people’s plans to meet their goals and Sean’s goals had been ignored.

Sean was fortunate to have a dedicated allied health care team providing therapies which had been funded through the NDIS, but the funding was insufficient for ongoing therapies. The therapists each submitted evidenced-based support letters to the NDIS for continued funding and the occupational therapist also recommended trialling specialized equipment to assist with Sean’s pressure areas. The equipment included a pressure care mattress and bed system which would reduce the need for support staff to regularly turn or reposition Sean through the night. Staff at the facility were not always available to reposition him through the night and this was impacting on the healing of Sean’s pressure areas. Because Sean had no family or informal supports, increased funding for support workers to assist Sean to access the community was also requested.

Sean’s housing needs have still not been met. The NDIA planner has advised that Sean needs to demonstrate that he has “explored all other options” for accommodation. Private rental is not an option for Sean, his only income is the Disability Support Pension, which is not sufficient to cover private rental, let alone modifications necessary for his physical support. Public housing has a waitlist of many years and Supported Residential Services would be unlikely to meet his needs. Most of all, he wants to not be isolated, to be with people his own age. It makes sense for him to be in shared supported accommodation where the SIL costs could be spread between residents.

The planner instructed Sean’s support coordinator to submit a Housing Plan to the National Disability Insurance Agency (NDIA) and that this document was likely to take several months to complete. It would need to include evidence that all other accommodation options had been explored, as well as a number of new occupational therapy assessments which clearly established that SDA was the most appropriate type of accommodation for Sean. The planner emphasized that the Housing Plan would enable the NDIA to consider funding SDA but that SDA was by no means assured. The funding for SDA had already been capped by the NDIA: only 6 percent of NDIS participants would be deemed eligible.

Sean is waiting for the review of his plan to be completed. While the NDIA planner is telling him to look at ‘options’, affordable housing is not readily available. The NDIS has funding components meant for people like Sean, and yet arbitrary caps on funds and quotas for access to components of funding are preventing him from reaching the very goals that the NDIS is intended to help him achieve. 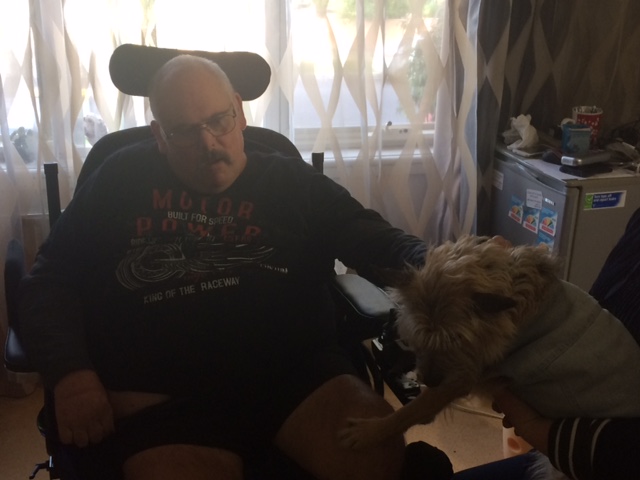