Skip to content
Change Contrast
A- A A+
Leadership Plus > Blog > Issues > Is the NDIA too fond of lawyers?

“In carrying out its functions, the Tribunal must pursue the objective of providing a mechanism of review that is fair, just, economical, informal and quick.”  -Administrative Appeals Tribunal Act 1975

The Administrative Appeals Tribunal exists to help the ordinary person. It is there so that anyone who feels that a government agency has made an unreasonable decision can have that decision reviewed by someone who is not part of that government agency. It is a fundamental part of providing fairness in government and holding the government to account, and, most importantly, it is not meant to be an adversarial environment – it is where the ordinary person can ask the AAT to review a decision, not incur significant cost and have their matter dealt with quickly.

This is not the experience of people who are challenging the decisions of the NDIA. Apart from delays in process, contrary to the objective of being quick, the NDIA typically has legal representation at the hearing, and sometimes even have counsel, i.e. a barrister, appearing on their behalf. A barrister is someone trained to challenge the opposing party’s evidence – trained to ensure their client’s case is put forward in the best possible light, and to erode the opposing party’s case. This might mean also challenging the opposing party’s credibility, and will certainly involve a better knowledge of the law than any person on the street will have.

This is not fair: the ordinary person with disability is not in a position to argue effectively against resources and skills of a barrister.

It’s not economical: it’s obviously unaffordable for people with disability to hire counsel – leaving aside the question of what it is costing the NDIA, and hence taxpayers, to pay for the lawyers to appear.
And it’s neither informal nor quick. The environment has been transformed from one in which the ordinary person can get a hearing to one in which they get a grilling. And involving lawyers is adding steps in the process, which is adding time.

The people appearing at the AAT are only there to ask the NDIA to deliver the vision that the NDIS has promised, to: “support the independence and social and economic participation of people with disability”; and “provide reasonable and necessary supports”; and “enable people with disability to exercise choice and control in the pursuit of their goals and the planning and delivery of their supports” (NDIS Act, 2013)

The scale and ambition of the NDIS is both modest and immense. Modest in that what an individual with disability needs from the scheme is the least we should expect it to provide. But rolling out a national scheme in a short time is an immense task.

It is inevitable that a rapidly expanding bureaucracy will make mistakes. It is also imperative that those mistakes can be reviewed.

The AAT exists for that very purpose – it would be nice if the NDIA would let it be fair, just, economical, informal and quick.

UPDATE:  The Australian published “NDIS legal bill hitting $10m a year” on May 17.  The article noted:

The report is very consistent with the experience of advocates working with clients appealing NDIS decisions. 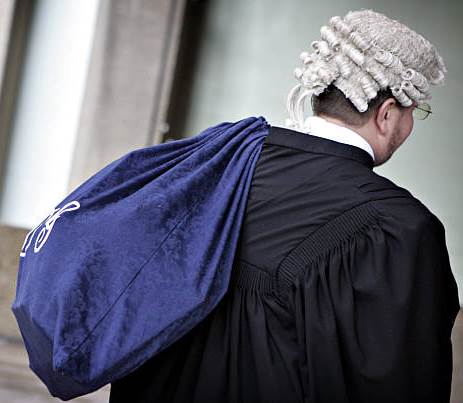 Blogs / The Administrative Appeals Tribunal affirms less than 2% of the NDIS decisions appealed by participants.

The NDIA gave Gabrielle the wrong advice and then didn’t fix it.  And they kept on not fixing it. Gabrielle […]